You are here: Home / blog / Reference & Social Sciences / The Brown Agenda : My Mission to Clean Up the World’s Most Life-Threatening... 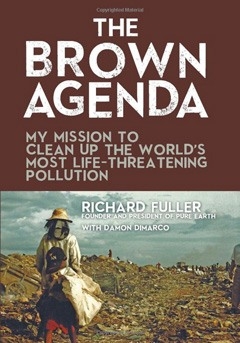 Pollution is the single largest cause of death in the developing world. One in seven people in low- and middle-income countries die as a result of it. Simply put, pollution is now the world's most prevalent health risk.

And yet, while most everyone has heard about "going green," few are aware of the more dire and sinister "brown" pollution—places where man-made toxic pollutants have taken root and spread. Brown sites poison millions of people every year, causing needless suffering and death.

After witnessing several brown sites firsthand and meeting families trapped by poverty in these toxic hot spots, environmentalist Richard Fuller founded the Blacksmith Institute, now renamed Pure Earth, a global nonprofit that initiates large-scale cleanups of some of the most polluted places on earth.

The Brown Agenda details Fuller's inspirational journey—from his dangerous yet ultimately successful fight to save hundreds of thousands of acres in the Amazon rain forest, to establishing Great Forest Inc., one of the leading sustainability consultancies in the United States, to his creation of Pure Earth.

To date, Fuller and his Pure Earth team have remediated more than seventy-five toxic sites worldwide, changing the lives of over four million people, including a million children. They are currently working to clean up twenty-four additional toxic sites, which will improve the lives of another three million individuals.

In this vivid account of his perilous travels to the earth's most toxic locations, Fuller introduces readers to the plight of the "poisoned poor," and suggests specific ways people everywhere can help combat pollution all over the world. 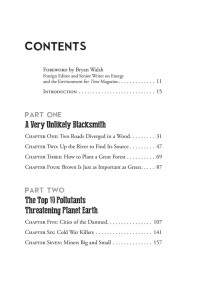 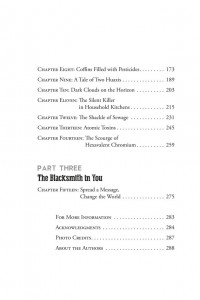 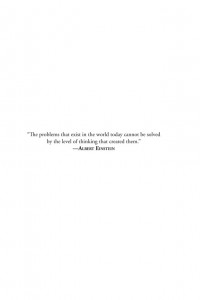 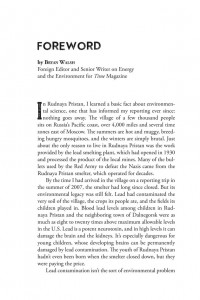 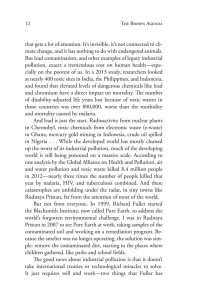 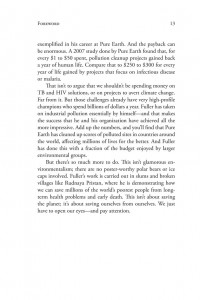 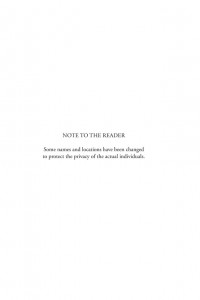 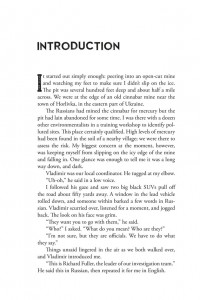 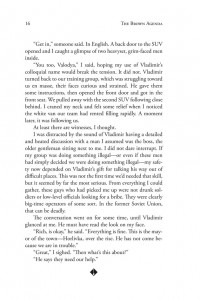 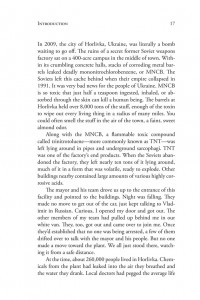 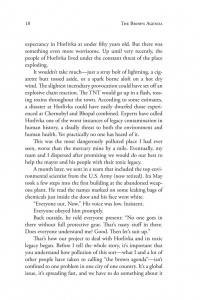 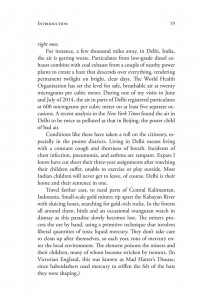 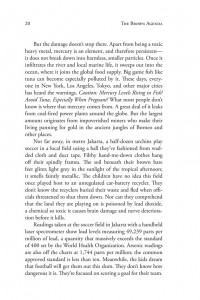 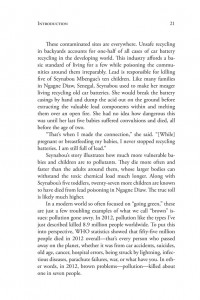 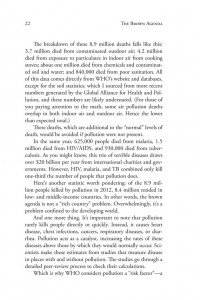 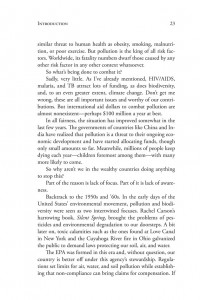 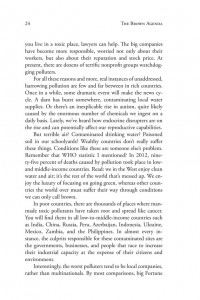 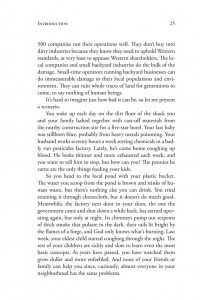 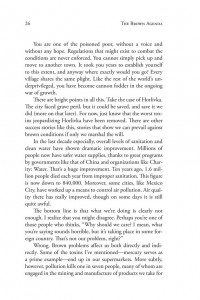 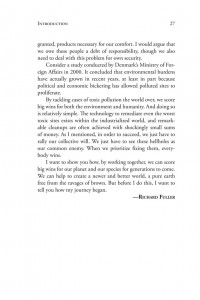 is the founder and president of the global nonprofit Blacksmith Institute. Considered the world’s leading expert on toxic issues, the nonprofit works closely with the World Health Organization, World Bank, United Nations, and others to combat the proliferation of toxic pollution in 45 countries. In 2013, Charity Navigator, the nation’s leading independent charity evaluator, awarded Blacksmith Institute its coveted Four Star rating. Before founding Blacksmith Institute, Fuller left a highly lucrative job with IBM Australia to pursue his dream of saving the Amazon rainforests. After working for over a year and spending more than $100,000 of his own money, he succeeded in legally preserving an area three times the size of Yosemite National Park. Fuller has also built a highly successful environmental consulting company, Great Forest, Inc.


is the author of The Brown Agenda (with Richard Fuller), Heart of War: Soldiers’ Voices from the Front Lines in Iraq, and My Two Chinas: The Memoir of a Chinese Counter-Revolutionary (with Baiqiao Tang), as well as The Actor’s Art & Craft and The Actor’s Guide to Creating a Character (both with William Esper).

DiMarco has been a guest on national television and radio, including FOX, CNN, The National Geographic Channel, and the Premiere Radio Network. He has been a guest speaker at colleges, universities, and community groups across the country.

A professional actor as well as a writer, Damon has appeared in primetime and daytime television programs on CBS, ABC, and NBC; commercials; independent films; regional theatres; and trade shows. He has written for the stage, television, and screen, and taught acting on the faculties of Drew University in Madison, New Jersey and the New York Film Academy in Manhattan. He teaches writing to PhD students in the History and Culture program at Drew University’s Caspersen School of Graduate Studies.

“The Brown Agenda is the story of an important humanitarian cause revealed in clear and concise prose that is at once deeply necessary and deeply satisfying.”
— David Biello, Editor, Environment & Energy, Scientific American

“Fuller’s memoir isn’t some kind of moralizing lecture; it’s more like a romp. Who knew cleaning up toxic waste could be the stuff of Indiana Jones-style adventure?”
— Bradford Wieners, Executive Editor, Bloomberg Businessweek

“This isn’t glamorous environmentalism; there are no poster-worthy polar bears or ice caps involved. Fuller’s work is carried out in slums and broken villages like Rudnaya Pristan, where he is demonstrating how we can save millions of the world’s poorest people from long-term health problems and early death.”
– Bryan Walsh, Foreign Editor and Senior Writer on Energy and the Environment, Time Magazine

“Richard Fuller has been the driving force behind two huge environmental agendas: corporate sustainability and pollution in the developing world. He’s the Elon Musk of the environment.”
– Hon Nereus Acosta, Presidential Advisor for the Environment, Office of the President, Government of the Philippines

“It takes a particular kind of environmentalist to make his life’s mission ‘brown’ problems in the global south, rather than ‘green’ ones in the north. Glamorous work it isn’t, but the impact of the author, and those whom he has inspired, on some of the world’s worst pollution problems has been simply incredible. . . . This is a captivating story of just how much difference one person can make.”
— Gareth Evans, Foreign Minister of Australia 1988-1996, President of the International Crisis Group 2000-2009, Chancellor of the Australian National University

“This book is an eloquent testimony to Fuller’s obsessions for making the world a healthier, safer, and cleaner place, especially for its children.”
— Jairam Ramesh, Minister for Environment, India, 2009-2011

“Rich Fuller’s passion and commitment towards educating people on the under-reported issue of environmental pollution, as well as finding innovative solutions to solve the problems, has helped save the lives of thousands of adults and children around the world. He is a truly inspiring human being and I am honored to know him.”
— Dev Patel, Award-winning actor for his performance in Slumdog Millionaire

“The Brown Agenda changes the framework—always the way to have the biggest impact. All of us, but especially those living beyond the significantly cleaned-up West, are daily being environmentally poisoned (not too strong a word). This biggest of all the world’s health threats, however, can be readily fixed. Rich Fuller has shown how to do so—from abandoned wastes in Ukraine to old battery factories in Indonesia. This is the rare book that gives the reader the power to act.”
—Bill Drayton, Former Assistant Administrator, U.S. EPA; CEO, Ashoka: Innovators for the Public

“Turning ‘brown’ into ‘green’ has become a necessary journey for all of us as resource pressures are compounded by the ultimate threat intensifier—climate change. This story, a life’s work, shows the difference we can make if we all make it our business.”
—Rachel Kyte, Vice President, World Bank

“Pollution kills three times more people than malaria, HIV/AIDS, and tuberculosis combined. It’s the single largest health problem we face. Pure Earth/Blacksmith Institute is leading the way toward a better world for all of us.”
—Ben Barber, journalist and former senior writer for USAID

“Starting with a powerful recount of manmade environmental disasters around the world and their consequent grave dangers to humanity, narrated in Richard Fuller’s typical no-nonsense style and without pulling punches, the book also forcefully reflects Richard’s passion and commitment to make the world a better place to live and breathe in. What is refreshing about this book is that it is not a doomsday naysayer. On the contrary, it is about hope and optimism. This is the heroic saga of a heroic man who has devoted his life, his boundless energy and commitment, and most of all, his empathy and his humanity to the cause of ‘cleaning up.’ His is a message of determination, of conviction that ‘creating a pure earth is a problem for realists,’ and evidence that indeed it can be done. A heroic tale indeed!”
—Rajat Nag, Managing Director General, Asian Development Bank, 1988–2013

“Pollution is currently the single largest cause of the death in the developing world—about one in seven people in low income countries die from pollution. Richard Fuller, an environmentalist and author of The Brown Agenda, is trying to spread awareness about the pollution problems facing the poorest people on the planet. Through stories of specific individuals and families, Fuller’s book takes readers to “brown” sites—places where man-made pollutants have spread and poison millions of people each year.”
—John Hockenberry, TheTakeAway.org

“A roller coaster ride of danger and adventure leading to helping millions of children and others to improve their lives and health.”
—Huffington Post

Blues for Bird
Scroll to top