You are here: Home / blog / California / L.A. Noir : The City as Character 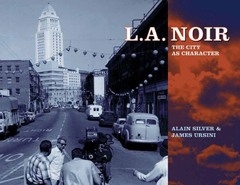 Los Angeles has always been as much a star in film noir as any actor, be it Humphrey Bogart, Barbara Stanwyck, Burt Lancaster, Ava Gardner or Jack Nicholson. In L.A. Noir: The City as Character renowned film historians Alain Silver and James Ursini explore the world of noir cinema in the context of Los Angeles. The book features dozens of noir and neo-noir landmark films from Double Indemnity, Criss Cross, Sunset Boulevard, Gun Crazy, The Big Heat, Kiss Me Deadly, Touch of Evil in the classic period (1940-1960) to such neo-noir notables as Chinatown, L.A. Confidential, Mulholland Drive, andPulp Fiction.L.A. Noir illustrates how these noir films use L.A.'s diverse cityscape and architecture to convey a unique vision of urban corruption and existential fatalism, not only in the ever-changing, chaotic downtown of Bunker Hill, Main Street, and Chinatown, but in its affluent coastal communities (Santa Monica, Malibu) as well as its deceptively sunny suburbs (South Bay, San Fernando Valley). The authors deftly analyze the key films of noir while integrating them into the geography and history of this "dark city" which became such an important icon of noir literature and film.

L.A. Noir is profusely illustrated with approximately 150 photographs-many of them appearing in print for the very first time-including production stills from the movies discussed, archival photos of the locations from the films and new photographs of the locations today, chronicling the ever-changing cityscape of this noir character-Los Angeles. 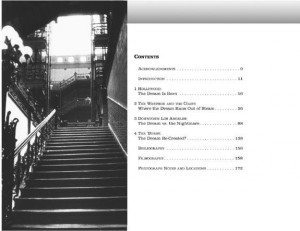 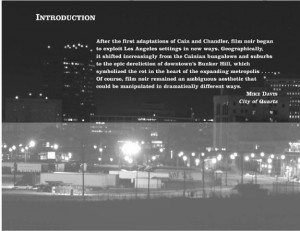 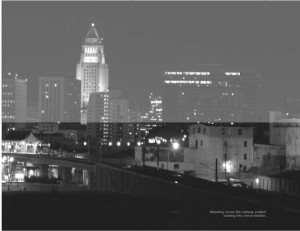 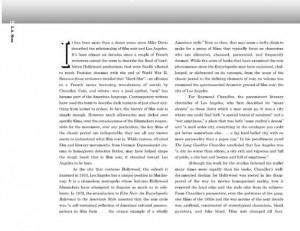 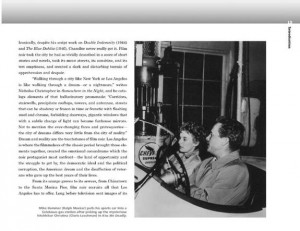 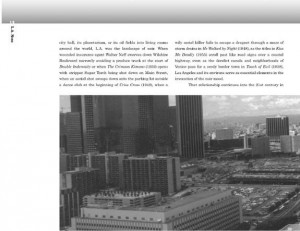 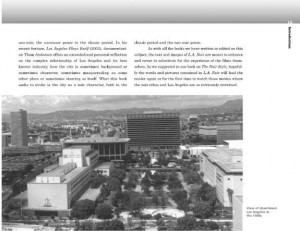 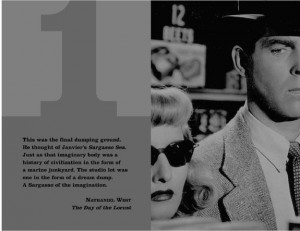 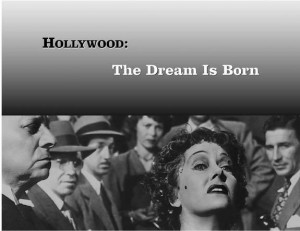 The co-author of L.A. Noir is also the author of The Samurai Film and has co-written fifteen other books, including Raymond Chandler’s Los Angeles, and two screenplays. He has written numerous articles for the Los Angeles Times, DGA Magazine, Film Comment, and Photon. He has also produced nine independent features and over fifty soundtrack albums. Silver is a member of the Directors Guild of America and Writers Guild of America.


The co-author of L.A. Noir has contributed to various publications including Cinema, Femme Fatales, Mediascene, and Photon. Together, they are the co-authors of eleven books, among them the Film Noir Reader series,Film Noir: An Encyclopedia Reference to the American Style, and The Noir Style. They both live in Santa Monica.

“No one is better qualified to explore the L.A. noir connection than Silver and Ursini, who cover this turf with style and savvy. I have a feeling their work will inspire a great many film buffs to take movie-noir tours of the City of Angels.”
—Leonard Maltin, Entertainment Tonight

“The town where Ross Macdonald’s tough customers-and Raymond Chandler’s, too-wrestled with fate is evoked in L.A. Noir, a photo-rich analysis of the way that crime movies have used Los Angeles.”
—Wall Street Journal

“Moving throughout the city, from downtown to the Westside, the Pacific Coast, and on to the suburbs, the authors show how specific streets and buildings helped set the mood and convey the dark messages in such classic noirs as Criss Cross and Kiss Me Deadly as well as in neo-noirs, including Chinatown and Blade Runner. The black-and-white illustrations of cityscapes prove every bit as evocative as the actual film stills, eloquently making the point that place is every bit as capable of driving meaning as action.”
—Booklist