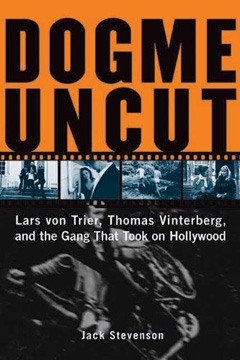 In 1995, Danish filmmaker Lars von Trier (Breaking the Waves, Dancer in the Dark, the forthcoming Dogville) and three fellow Danish directors swore allegiance to a “vow of chastity” aimed at jolting filmmakers around the world who had become stuck in the mire of slick, emotionally manipulative, high-concept, and bombastic movie productions. They named their philosophy “Dogme95,” and its tenets demanded a return to the basic core of filmmaking: the use of natural lighting and a hand-held camera, and the refusal to use special effects, a soundtrack of any kind (only natural sounds found on location were acceptable), and movie sets (all shooting was to take place on location).

Like the French New Wave and 1960’s American Underground film movements, Dogme had a profound affect on filmmaking around the world, including the sacred cow known as “Hollywood.” In part because of the proliferation of relatively inexpensive digital cameras and technology, the movement resonated with young and independent filmmakers, creating a surge in back-to-the-basics, guerilla filmmaking. It also had a profound influence on everything from Hollywood filmmakers to dance choreographers to computer game manufacturers.

The list of films and filmmakers to come out of the Dogme movement reads like a who’s who of art-house cinema from the late-1990s and early-2000s: the aforementioned Lars von Trier, Thomas Vinterberg (The Celebration), Harmony Korine (Julien Donkey-Boy), Lone Scherfig (Italian for Beginners), and Susanne Bier (Open Hearts) among many others.

Dogme Uncut is written by film journalist and historian Jack Stevenson, who, while living in Demark for the past decade, has had a true insider’s view of the Dogme movement—from its conception to its early triumphs to its current incarnation. With a good deal of humor and fascinating insights, Stevenson brings a mixture of history, analysis, and reportage to bear on the eight-year-old film movement, examining the subject from multiple perspectives. Dogme’s debt to previous film “waves” is explored, as is the impact Dogme itself has had on current trends in cinema and on today’s young filmmakers. Penned in a lively, accessible, and jargon-free style, Dogme Uncut is a richly illustrated survey of the entire Dogme canon that is both entertaining and hugely informative.

“The Dogme Manifesto” and “Vow of Chastity”

The Kingdom and Breaking the Waves

The End of Dogme?

Plot Synopses of All 33 Dogme Films

“The Element of Crime”
“Epidemic”
“Europa”

The “Godfather of Dogme,” manuscript studies professor Mogens Rukov, has stated that no film “wave” ever lasts longer than eight years.

In that case, Dogme’s number is just about up.
But if Dogme’s impact as a revolutionary call-to-arms has faded, its ability to sell tickets and impress critics is anything but exhausted. Italian For Beginners, Dogme film #5—the first of the second-wave of Dogme—smashed box office records in Denmark and was a big hit in most foreign markets, becoming, for example, one of the most-seen Danish films ever in America.

The author of Dogme Uncut has contributed articles about American cult, underground, and exploitation cinema to American film magazines as disparate as Film Quarterly and The Big Reel. He also contributed to many of the leading European film journals, and his texts have been translated into nine languages. He is the author ofLars Von Trier (British Film Institute), and has also written about Dogme for Danish, German, and Czech film journals. Born and raised in upstate New York, today Stevenson resides in Allerød, just north of Copenhagen.

“Stevenson presents an uncluttered and jargon-free assessment of an important movement in independent film, making this an excellent choice for foreign film buffs and aficionados.”
—Publishers Weekly

“Still puzzled about the whole Dogme film craze? Want to discover what it’s all about? A good place to start is Jack Stevenson’s new book Dogme Uncut. The book provides an in-depth history of the Dogme 95 film movement, while providing coverage of most of its films and filmmakers involved.”
—Film Threat Magazine

“An informative book with a direct style that contexualizes the movement within historical and contemporary film production . . . Stevenson provides the facts inDogme Uncut, a handheld treasure of the here and now.”
—Movie Magazine International

“His overview of Danish society and culture, as well as the country’s important filmmakers, producers, cinematographers, and studios, is invaluable for those interested in Copenhagen’s hotbed of creativity. . . . Dogme Uncut provides terrific contextual background-including the controversial workings and economics of the Danish Film Institute-for understanding the emergence of Dogme….Dogme Uncutaccomplishes a worthwhile task in cataloguing almost every Dogme release and introducing the (often unknown) filmmakers behind them.”
—Film Comment

“Shari Roman’s Digital Babylon: Hollywood, Indiewood and Dogme 95 also probes Dogme’s themes and directors, as well as the wider realm of independent cinema, but Dogme Uncut is a deeper, more focused study. Important to film students and fans of world cinema, this is recommended for larger film collections.”
—Library Journal

“Whether or not the Dogme approach was ever meant to be a truly achievable style or just a publicity ploy by a group of filmmakers looking to draw attention to themselves is debatable. That’s what makes Dogme Uncut an indispensable book if you’re looking to make an argument on either side. It provides a thorough overview, and is written in an accessible style by a writer who clearly understands the material.”
—Films in Review

“It’s audacious and opinionated, yet an objective exploration of the inconsistencies as well as the achievements of Dogme–an insightful and nuanced look at modern Danish filmmaking that in fact goes considerably beyond just Dogme95. . . . A lively and compelling mix of analysis, reportage and local colour woven together in an absorbing narrative style, this is an inside look at the scene written by an outsider who brings his own opions to bear on the subject with boldness and critical distance. . . .This is an indispensable and probing study that is clearly the most up-to-date and definitive on the subject yet. The book doesn’t buy into Dogme self-promotion and the author has managed to get beyond knee-jerk discussions as to whether Dogme is simply one by hype — no mean feat.”
—NAKED (#4), UK Pop Culture Magazine

The Dog Ate My Resumé : Survival Tips for Life After College
Scroll to top