You are here: Home / blog / California / The Sixties The Sixties brings together a collection of photographs of the people, events, culture, rock and roll stars, writers, political figures, and other iconic individuals and celebrities who made the sixties the most influential decade of the twentieth century.

The Sixties tells the story of that particularly colorful generation with the affection and devotion of someone who has experienced the revolution firsthand. Robert Altman's captivating photographs bring immense power to both quiet, intimate moments and scenes of thunderous anarchy alike. 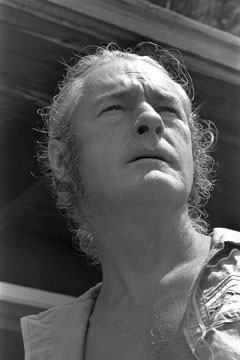 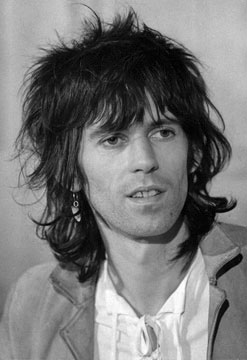 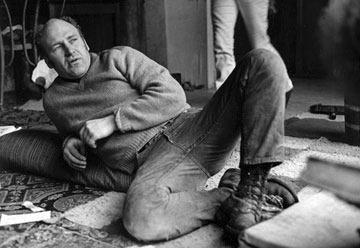 Many of the photos in this collection were taken after 1969. In fact, all of the photos in this book were taken between 1967 and 1974. For many of us ‘The Sixties’ isn’t about the early 1960s of JFK, the British Invasion, go-go boots, or beach blanket romps. For me, ‘The Sixties’ is the time of Sgt. Pepper, Woodstock, the Summer of Love, be-ins, anti-war protests, and everything else in between, including Altamont. My friend Scoop Nisker says that our generation had such a long adolescence it was as if our parents said, ‘OK, you can drop out for a while, but just be back by 1974.’ You know’The Sixties!
Those days were unlike any our generation had even heard of before, much less experienced. I used to think of the Gay ’90s of Paris or the Roaring Twenties of New York to try and get some sort of fix on what we were creating, but there was just nothing like it historically. Not even close. You might say we lit the fuse to the Roaring Twentieth Century.
And it all sprang up so quickly. In 1966, I was in New York City and began to see others like myself on the streets and in restaurants. Young people seemed to let their locks grow longer and started wearing leather sandals instead of Converse sneakers. Many women eschewed the chic mod look for a more natural fashion. Flowing hair and long billowing skirts became a trend. Instead of the hip black turtleneck look of the Beats we gravitated toward wildly colorful combinations. 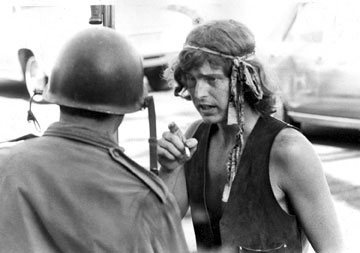 Underground newssheets sprang up; these would become the alternative press. After Dylan’s Blonde on Blonde LP, the whole music scene changed dramatically. Instead of ‘June, moon, spoon, tune’ we heard about dodging the draft or turning off our minds, relaxing, and floating downstream.
Certain practices, yoga among them, had allowed me to catch a glimpse of another level of consciousness and that changed things forever. I suddenly ‘got’ music in a way I had never experienced it before. Even something as foreign as jazz seemed to make a lot of sense. This was enlightening. This was fun!
FM radio in the right hands became a lightning rod and a beacon to small circles of friends. The first be-in was actually called the Fly-In. It all began in New York one night in February 1967, eight months before the celebrated San Francisco Human Be-In. Community Station WBAI’s free-form radio personality Bob Fass got the nutty notion that all of us in his ‘cabal’ should get together next Tuesday at Kennedy airport. Well, about 4,000 of us showed up with bells, tambourines, guitars, and patchouli incense. I’m sure that was the night I knew I had to record as much of this sweet insanity as I could on film then leave it behind someday’like inside this book you’re now holding. 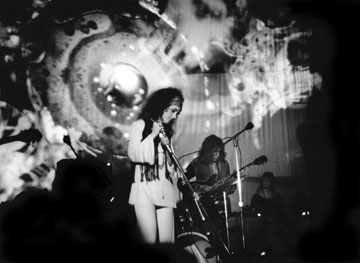 Part of the magic of The Sixties was that we knew there were thousands and thousands, perhaps millions, of us spread beyond the United States and all across the world. In fact, many twentysomethings pursued the nomadic life of trekking to colorful colonies in such remote settings as Marrakech or Ibiza.
Now I could go on and on, but Ben’s interview is coming up and it reveals a lot of what happened next. Besides, it’s not about me . . . it’s about all of us, and it’s about those amazing times and characters. Whether you were there or not doesn’t really matter. As we used to say, ‘I’d be blissed out and on a high’ to have these pictures do the talking. If they inspire, if you get that you too could be anything you want this time around, then I can say, ‘Mission accomplished.’ 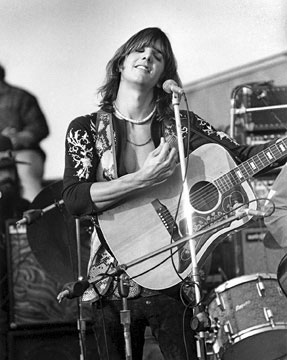 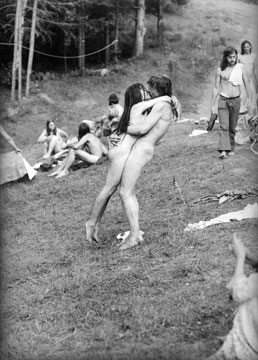 Altman’s photographs have appeared on the covers and in issues of such publications as Rolling Stone, Entertainment Weekly, The New York Times, People Magazine, San Francisco Chronicle, and SF Weekly. He studied photography under Ansel Adams and was soon after hired as a photojournalist for Rolling Stone, later becoming their staff photographer. Cameron Crowe used many of Altman’s photographs in his film Almost Famous. Besides the U.S., Altman has exhibited globally in cities such as London and Paris. His work is part of the permanent collection of the Smithsonian, the San Francisco Public Library, and the Library of Congress.

‘Robert Altman’s photography was instrumental in portraying the look and feeling and vitality of the Sixties.’
— Jann Wenner, founder, editor, and publisher of Rolling Stone

‘Robert Altman captured the images of many iconic figures of the Sixties, individuals who helped liberate the souls of countless others. These celebrated photographs are an illustrious record of an amazing era. So put on an illegal smile and don’t spill the coffee.’
— Paul Krassner, founder and editor of The Realist, co-founder of the Yippies

‘Robert Altman was a witness to one of the most colorful decades in American history. He photographed it with a passion and was an integral part of the whole scene, documenting it for posterity.’
— Jim Marshall, photographer

“Those nostalgic for the free love era will revel in this handsome, oversized collection of gritty photographs by celebrated photographer Altman. A master at catching his subjects at the moment of emotional overload—whether they be mischief makers, war protestors or musicians—the black and white photographs collected here are pure nostalgia, making a powerful you-are-there impression that simultaneously highlights the era’s distance—chronologically and otherwise—from the current moment. In addition to period luminaries like Ken Kesey, Jerry Garcia, Janis Joplin and Mick Jagger, the compendium highlights lesser-known players on the scene, as well as average attendees at rallies, “be-ins” and festivals. Altman’s particular genius is best showcased in his legendary crowd scenes; what these photos occasionally lack in technical precision, they more than make up in the raw, wild feelings they’ve miraculously captured. Despite the book’s title, images straddle the period from the late 60’s to the early 70’s (though none of the subjects seem to make much of the distinction), and a fun introduction by longtime Rolling Stone editor Fong-Torres reveals that Altman has always felt his purpose was to depict “the life and times that the Sixties inspired”; he succeeds beautifully with this, an impressive social document and a powerful remembrance.”
— Publishers Weekly (Starred Review)

“As a staff photographer for Rolling Stone, Robert Altman visually documented the changes that rocked the ’60s with a scope and clarity no one has surpassed. His remarkable photographs comprise the bulk of the compelling new collection, The Sixties. Whether in funny (and sometimes frightening) crowd shots of anonymous war protesters or intense individual portraits of such famous ’60s figures as Jim Morrison, Janis Joplin, Jane Fonda, Grace Slick and Joni Mitchell, Altman brings it all back in unforgettable style. Journalist Ben Fong-Torres adds perspective with a brief introduction and Q&A with Altman.”
— Bookpage

“Altman has a professional portraitist’s eye but can also capture the immediacy of situations; here, deliberate poses mix with candid snapshots. The combination registers a stamp of uniqueness, one of the best graphic depictions yet offered of this fleeting, illusory chapter of cultural history.”
— The Bloomsbury Review

“A vivid sense of the decade’s anti-establishment vitality, both political and countercultural, can be seen in the photographs of Robert Altman in The Sixties, a collection of images of notable figures and events.”
— The Sacramento Bee

“It’s a trip, paging through Altman’s counterculture photos taken between 1967 and 1974. He’s in California, New York, New Mexico and Washington, D.C., at free-spirited gatherings, anti-Vietnam War protests, Black Panther rallies and the March on Washington. Revolution was in the air and a heady creative energy for social experimentation radiates from these pages. Conformity was shed, along with some clothing. Hair and beards grew long and bushy. Flowers and beads became social statements. . . . ‘The lesson of the ’60s is that people who cared enough to do right could change history,’ activist Abbie Hoffman says at the end. And seeing these photos, you believe him.”
— Washington Post

“Altman’s black-and-white photographs give the reader an intimate look at people who defined the era of revolution, rock ‘n’ roll and radicalism. The reader will be struck by Altman’s use of light. The soft side-lighting of a young Dennis Hopper with his wife, Daria Halprin; the high contrast and use of shadow in a portrait of Buffy Sainte-Marie, and a layered photo of guitar great Jorma Kaukonen, reveal the versatility that made Altman famous during his years with Rolling Stone magazine. The Sixtieswill wow as a holiday gift or make an excellent addition to your personal library.”
— Chicago Sun-Times

‘Robert Altman is the real deal.’
— Chet Helms, entertainment impresario and the ‘Father of the Summer of Love’

‘One of this century’s finest photographers.’
— Woodstock ’69 Gallery

‘Mr. Altman is probably unapproachable in photography as a perfect blend of photojournalist and star-shooter. . . .Without this imagery, many of the heroes of that generation may not have been as deified as they became.’
— Fierce Magazine